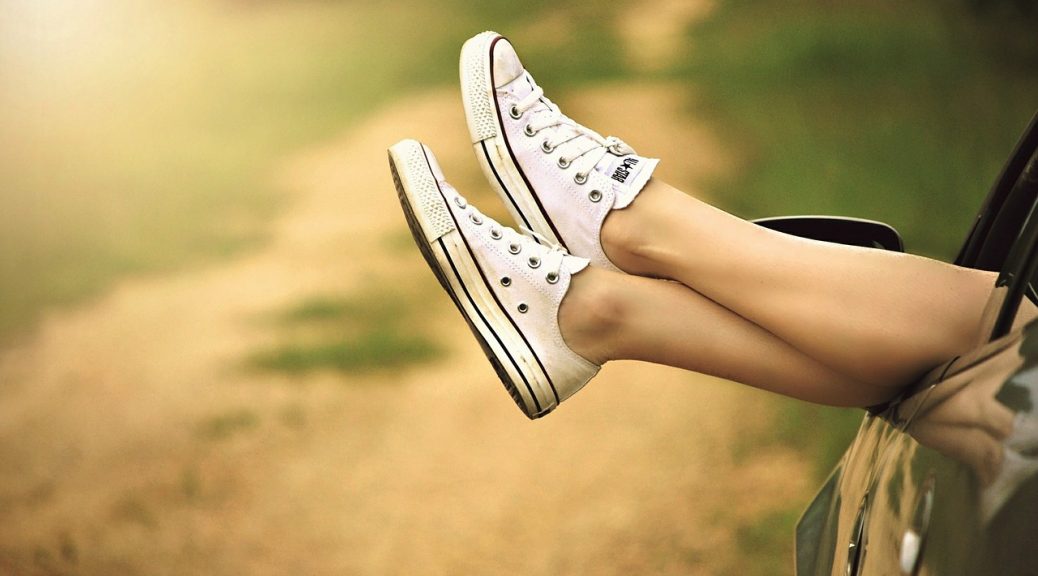 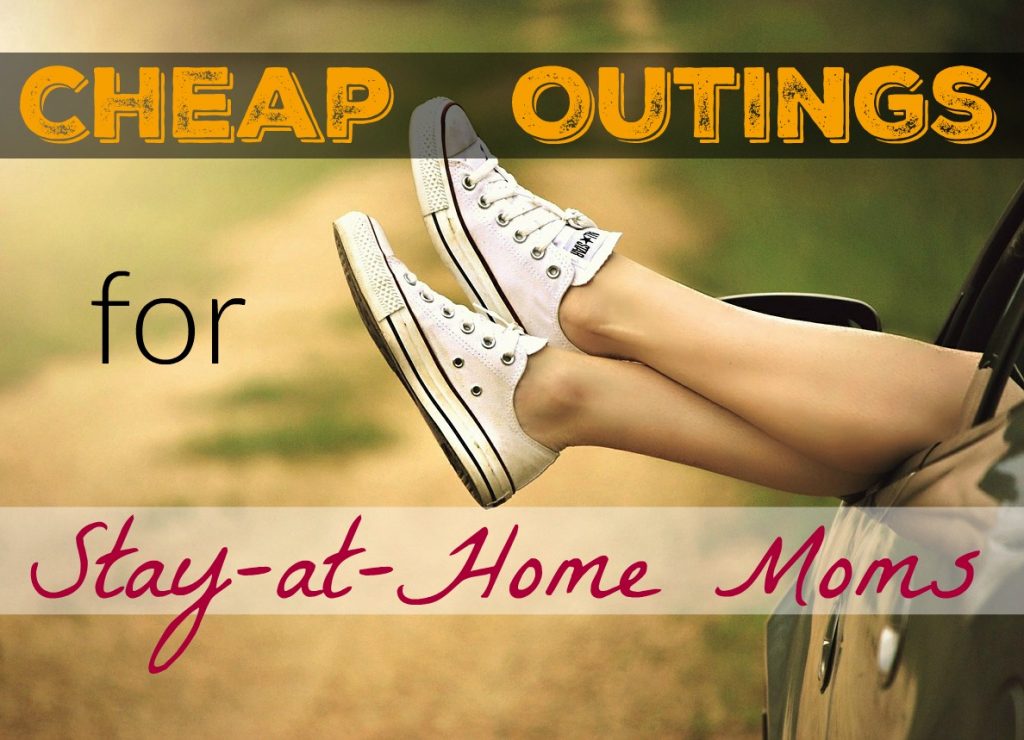 Ahh…summer! What kid doesn’t get a thrill of excitement knowing that three months of no school is just around the corner? What mom doesn’t get just a touch of dread at the thought of having to keep all those kids entertained for three months?

Even if your youngsters aren’t in school yet, it’s still hard to get out of the house and keep everyone happy without going to the same 4 places over and over again. So, I’ve come up with a list of cheap outings for SAHMs. Whatever your budget (yes, even $0!) there’s something on this list for you!

Mall walking – It’s a cliche SAHM hangout for a reason; where else can you find a large, air-conditioned building with a playground, restaurants, and shopping with NO admission price? Yes, it’s a building full of stores and restaurants that charge money, but you don’t have to actually buy anything. Bring a picnic lunch, let the kiddos run around in the play area, go window shopping (it’s super fun at Christmastime!), and go home. All right, splurge on the Auntie Anne’s. ‘Cause who’s gonna walk by and not get a cinnamon sugar pretzel?

Park/Playground – Our neighborhood has a fairly nice playground that no one’s ever at. Baby Bear is too young to appreciate most of it, but she LOVES the swings! (There’s also a nice grassy area that became the backdrop for her Christmas photo.) But don’t limit yourself to the neighborhood park that your kids are already bored by. Look outside your zip code to see if there are any playgrounds with bigger, better equipment. (A county-run park near me has a splash pad that is $1/person during the high season and FREE the rest of the year!)

Pet Store – Does an outing to the zoo seem like too much work? The pet store has birds, reptiles, rodents, and fish, too! I’ll let you in on a little secret: your toddler doesn’t know which animals are “exotic” and which ones are snake food. He just wants to see some animals! If you also have animals at home, you can pick up their supplies while you’re there and kill two birds (not literally!) with one stone.

Library – I’m willing to bet that many of you aren’t using your local library to its fullest potential. This isn’t just a quiet building filled with books. Modern day libraries offer books, DVDs (even Frozen!), audio books, magazines, and CDs for you to check out. Kid’s programs range from weekly story times to arts and crafts lessons, sing-alongs, magicians, educational programs, and more. And it’s all free!

Go Out to Lunch – You don’t have to go to a place with cloth napkins (in fact, you really shouldn’t; too much pressure). Just taking the time to sit down with your kids and eat together makes eating out seem like an “outing.” (As opposed to scarfing down a burger in the car on the way to soccer practice. That’s an errand.) Just try it once: ask if your kids want some Chik-fil-A and then go get some. Don’t rush them through a meal so you can get to the next thing. Don’t run errands while you’re out. For heaven’s sake, don’t squeeze it in between two other appointments and expect everything to go smoothly and happily. Just take some time to have a frosted lemonade guilt-free.

Movies – Baby Bear is a little (okay, a lot) young to sit through an entire movie, especially in a theater. But I. Cannot. Wait. Until I can treat her to her first Disney movie. Matinees are cheaper and more agreeable to a sleep schedule (obvs), but you can get even cheaper tickets if your city has a dollar theater. These discount theaters show movies after they’ve already left the theater but before they get released on DVD. So you can still have the big-screen experience without the big-screen price.

Indoor Playground – I know what you’re thinking. There’s no more Discovery Zone so you’re stuck with Chuck E. Cheese, right? (That’s not the type of indoor playground I’m talking about.) These indoor playgrounds boast everything from imaginative play areas—costume corners, fully stocked play kitchens, kid-size playhouses—to giant rooms filled with nothing but trampolines and hardcore padding. Admission is typically around $10 for unlimited play all day. Do a Google search for “indoor playground” and rejoice.

Meetup Groups – If you’ve been living under a rock, allow me to introduce you to Meetup. Say you’re interested in painting. Chances are, there’s a group in your area that meets up to paint or go to art museums. Or maybe you’re trying to learn sign language. There’s a meetup for that. I joined a local SAHMs meetup group as a way to introduce my daughter to new people and new experiences. There is usually a minimal cost involved (mine is $12 for the year), and some of the events will also come with an admission charge, but not all of them will, and you can always pick and choose which ones you want to attend.

If you can afford it (and it’s someplace you and your kids love to visit), annual memberships and passes can be a great investment! To figure out whether an annual membership is worth it, first estimate how many times you will come back before the membership expires, whether you can actually afford the membership fee, how much enjoyment you’ll get out of it, and how many visits it will take to pay for the cost of the annual membership. You may be pleasantly surprised.

Not only that, but annual passes take a lot of pressure off (don’t feel like you have to stay a full day and force your family to have fun). I’ve been to Disney World more times than I can count and, lemme tell ya…toddlers don’t care that it’s “The Happiest Place on Earth,” they will pitch a fit if they miss a nap.

Zoo/Aquarium – No matter how old your kids are or how many you have, the zoo is a classic outing. Our local zoo has a number of great membership options, but we chose the option that lets me bring a different guest each time I come! (The baby is free until age 3.) So I can bring either my husband, my sister-in-law, my mother, a friend, whoever I want, at no additional charge.

Amusement Park – Granted, I live in the theme park capital of the world, so I understand that this isn’t an option for many of you (sorry, Alaskans!). But if you have any kind of amusement park near you, check out the annual passes. We have passes to Sea World, because it is one of the closest to us, it’s educational, and they have one of the greatest deals on annual passes: our membership paid for itself after 1.5 visits! That’s unheard of!

Museums – Children’s museums can be a great (educational and indoor) outing that also exposes the kids to science or art. Playgrounds are fun—and physical activity shouldn’t be neglected—but stimulating your child’s mind is just as important.

Where do you plan on taking the kids this summer? (I can always use a few more ideas myself!) Let me know in the comments section.