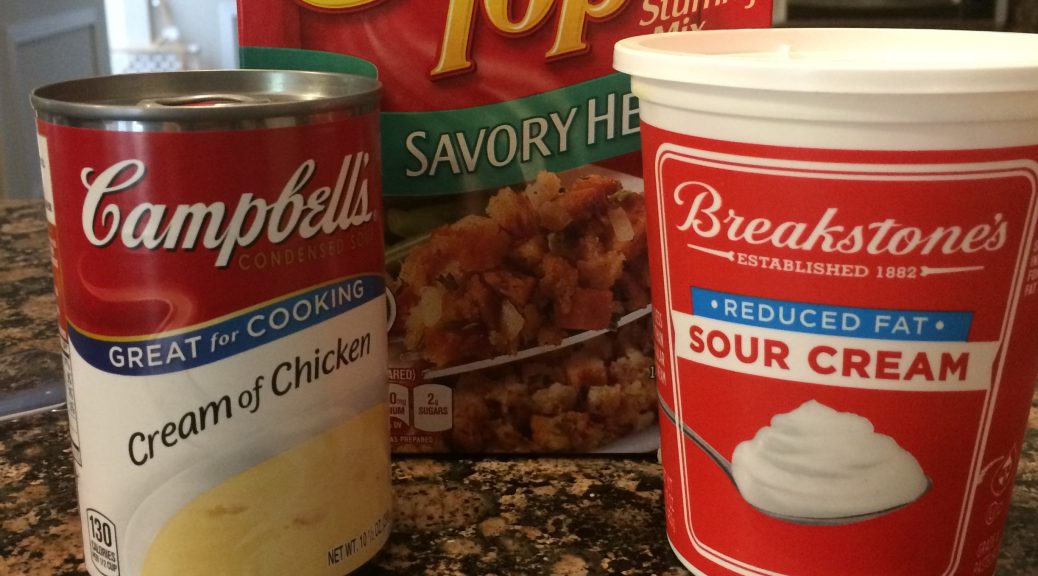 Lemme tell ya’ll something: I’m from the South.

Something else: My husband is not (he’s a New Yorker), but he LOVES Thanksgiving.

So when I came across a recipe on Pinterest for Crockpot Chicken and Stuffing, I was SUPER JAZZED.

It uses chicken, Stovetop stuffing, a gravy made from Cream of Chicken soup, and a Crockpot. It’s like they read our minds.

I’ve been making it for a couple years now, but I noticed recently how dry my chicken was. I didn’t even know it was possible to get dry chicken from a Crockpot. Not only that, but assembling it was a little tricky. I followed the directions exactly: put the chicken in the bottom, sprinkle on the dry stuffing, then spread the gravy over top. Yes. Over the dry stuffing.

So I decided to switch things up a bit and oh man. I think I cracked the code.

Start off with your chicken breasts in the bottom of the Crockpot. The recipe calls for 4 breasts, but I always use two and cut them up to cover the bottom. 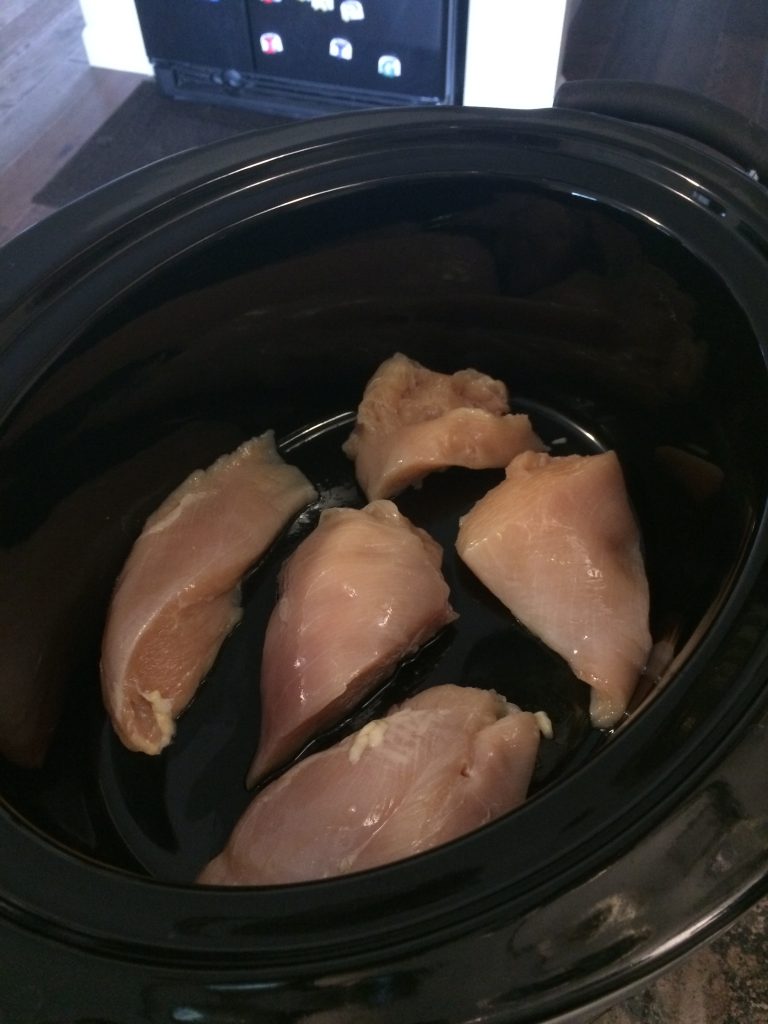 Next, you grab a box of stuffing, 1/2 cup of sour cream, and a can of “Cream of” soup. (Whatever flavor will be fine. Really).

It’s way easier to measure your sour cream with one of these. (Thanks, Grandma!) 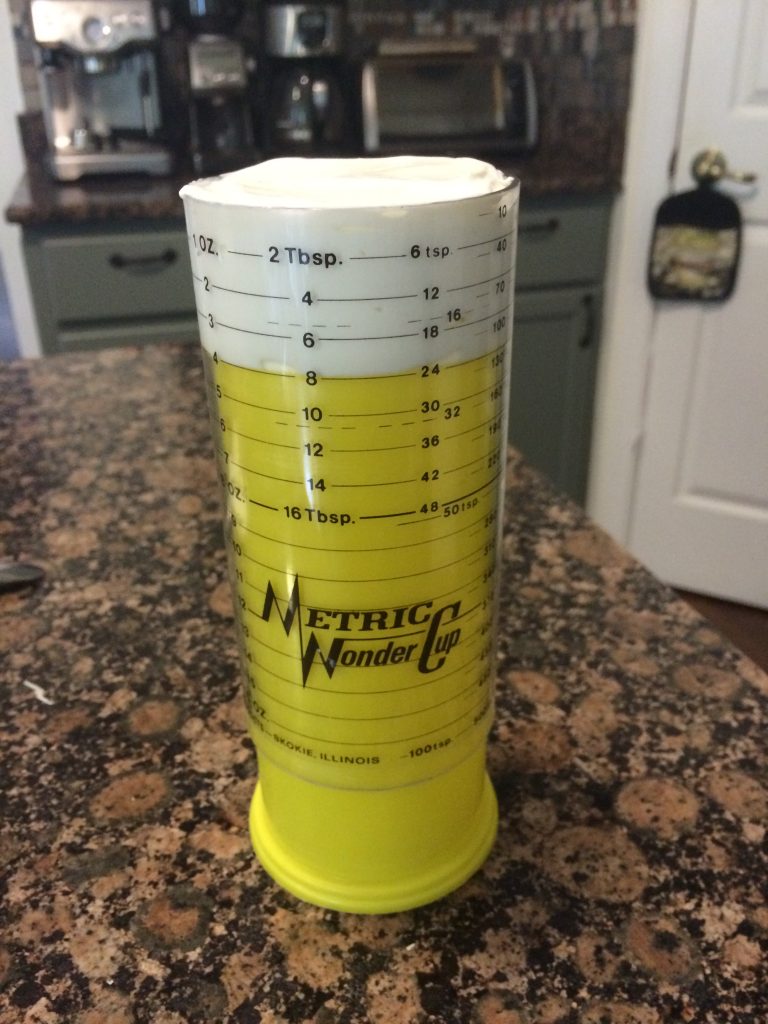 Now for the “secret ingredient.” 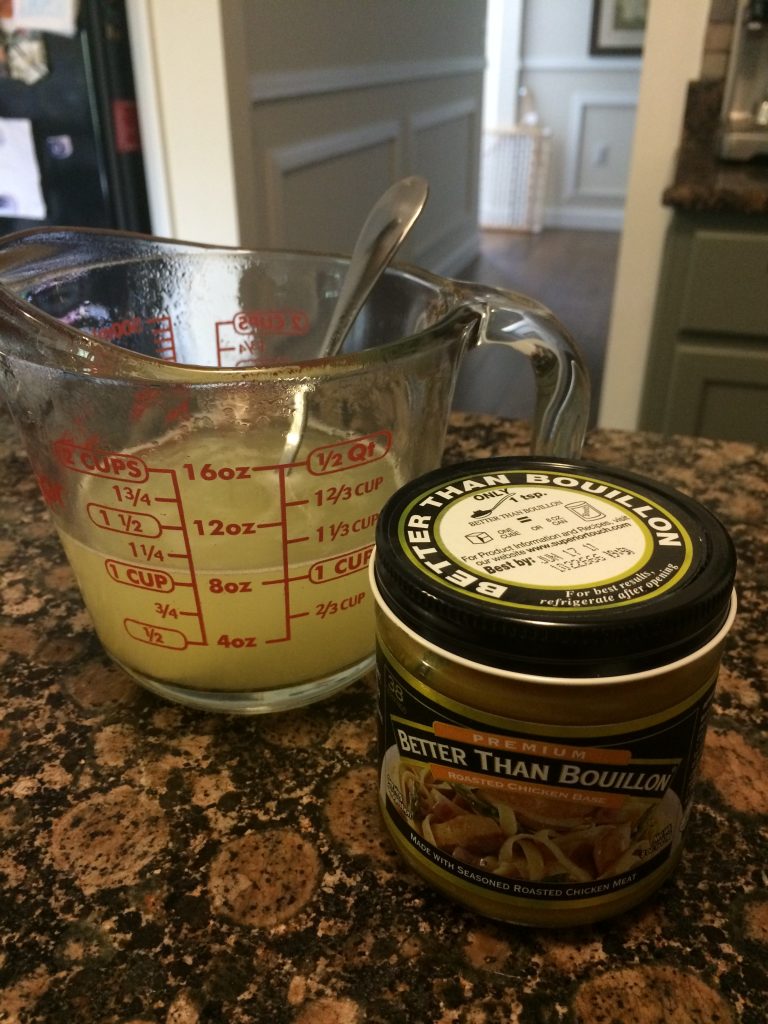 Chicken broth makes it nice and moist! I didn’t have the boxed kind, but I always have this stuff in my fridge. Mix up about 3/4-1 cup and heat it in the microwave for a minute or so. I have a full cup measured out here, but since I only used 2 chicken breasts instead of 4, I think it might have been a liiiiittle too much. 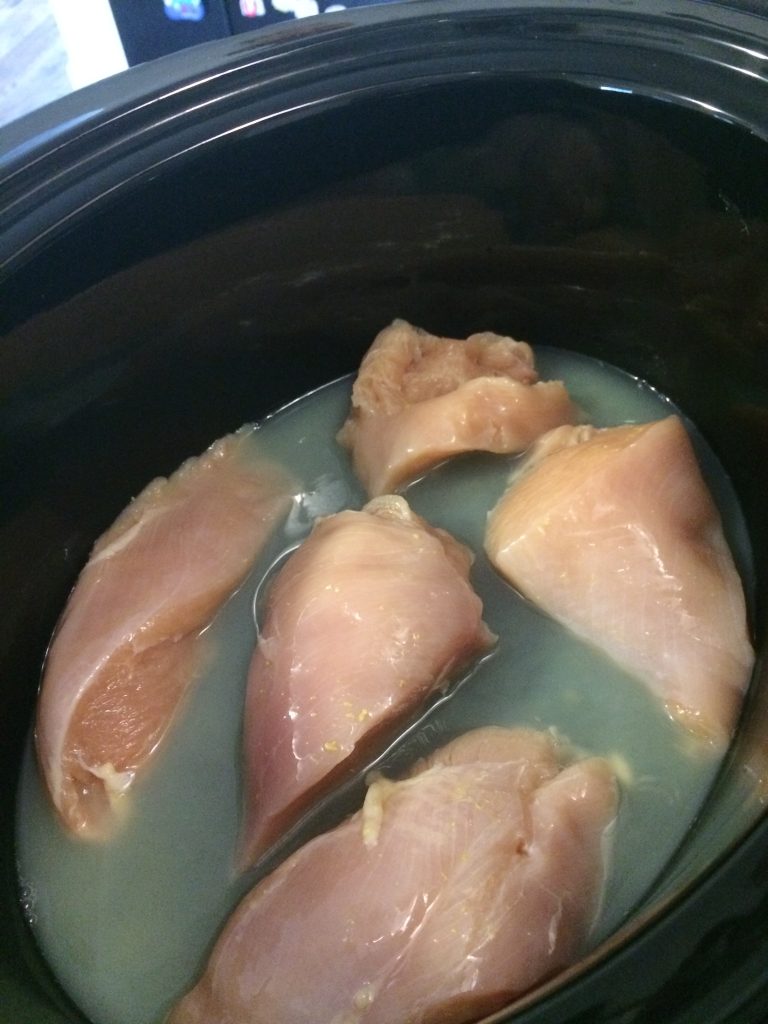 Pour about 1/2 cup of broth over your chicken. 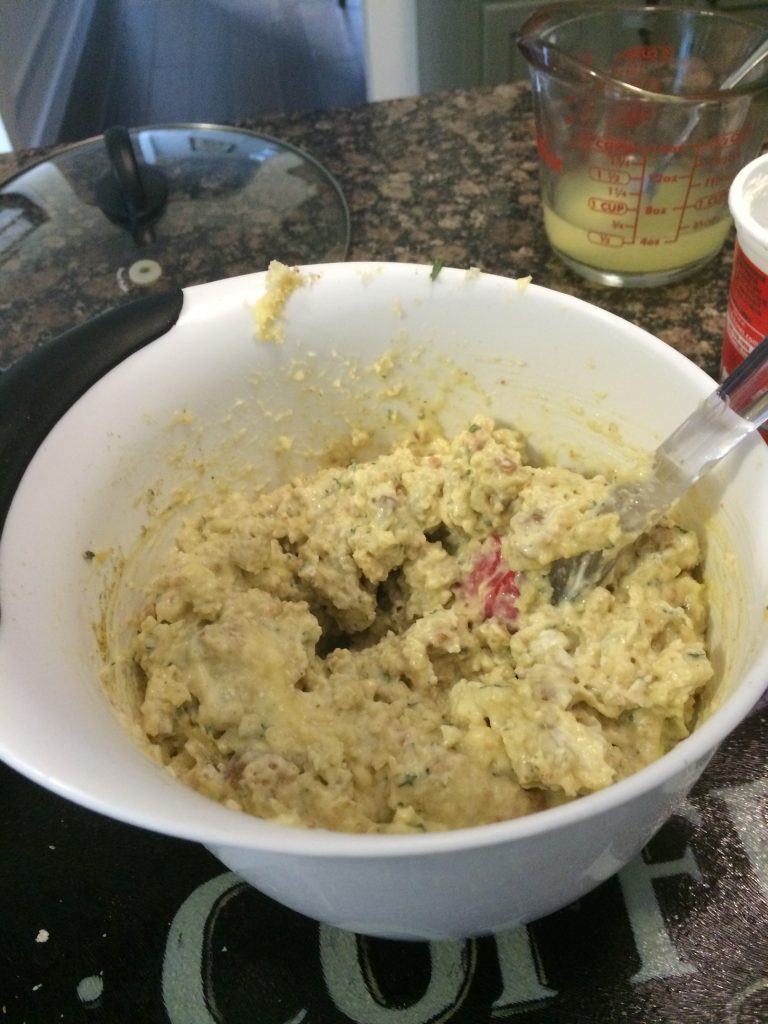 Mix your soup, sour cream, stuffing, and about 1/4 cup of broth until it looks totally disgusting. (It’ll taste great, though, I promise.) 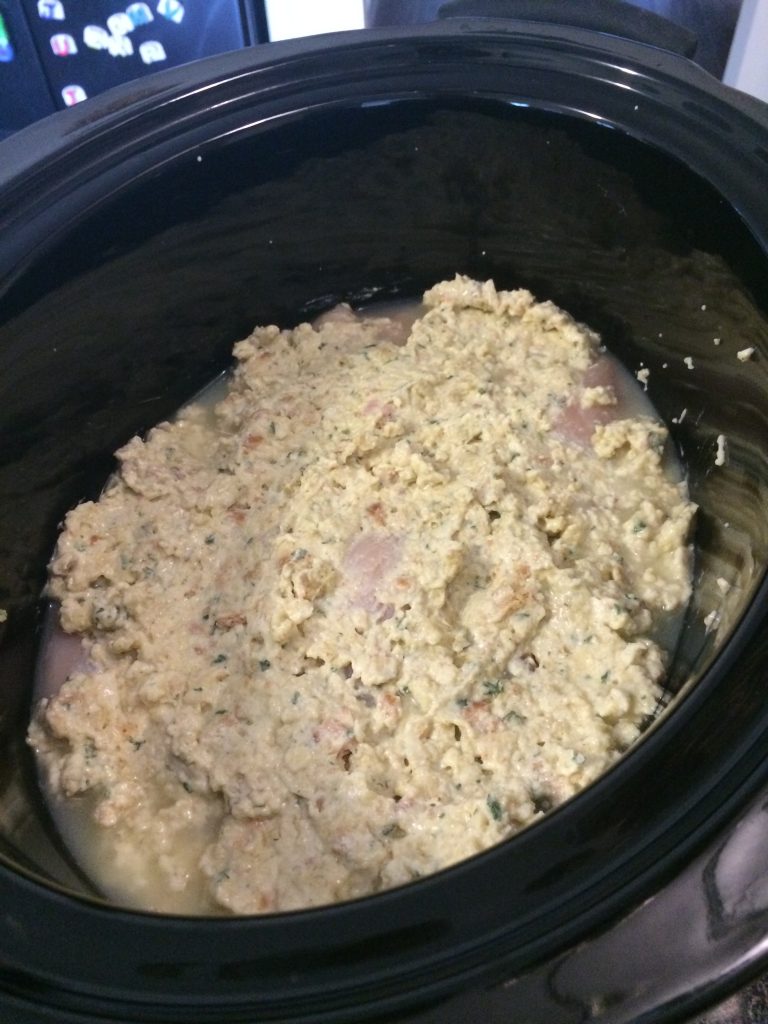 Then spread it over the chicken.

Microwave a vegetable and you have a complete meal!

Ya’ll know I don’t do printables, but here’s the full recipe:

Lay chicken breasts in bottom of Crockpot and cover with 1/2 c. of broth. Mix together remaining ingredients in separate bowl, and spread evenly over chicken. Cook on low for 4-5 hours.

* You can use 2 chicken breasts and this will still work, but you’ll want to decrease the amount of broth to 3/4 cup. Pour roughly half of this amount in with the chicken and mix the rest in with the stuffing.

2 thoughts on “Crockpot Chicken and Stuffing”